Milagro actor Ana Pardo recently emigrated from Venezuela to America in the hopes of escaping the strife plaguing her country. Here is her story, along with how it relates to her role in our upcoming production of En el Tiempo de las Mariposas. 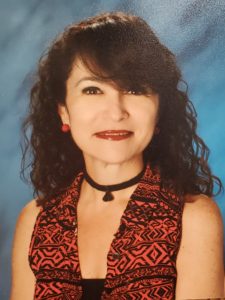 Where are you from?
I come from Venezuela. I was born here in the United States, but all my childhood was in Venezuela. I moved to Venezuela when I was seven.

What brought you to the States?
In July 2018, I came back because of the situation in Venezuela, and because coming to America is a way to give my daughter a better quality of life.

When you say “situation” in Venezuela, what are you referring to?
It is a situation. It is a government that is killing their people, trying to change their beliefs. The people still fighting to survive, we are looking for a better alternative and what’s best for our children.

*Venezuela currently faces an economic and political crisis. Citizens have suffered a drastic recession, with food shortages causing 75% of the population to lose an average of 19 pounds from 2015 to 2016. As internal dissent grows, authoritarian leader Nicolás Maduro attempts to strengthen his hold on the government, responding to street protests with lethal force and throwing political opponents in prison.*

When you say “giving your daughter a better life,” what does this look like for you?
I’m a divorced single mom. Giving my daughter a better life means being able to walk freely. To find food, to find medicine, to have the choice of different brands at the supermarket. It feels like being able to send my daughter to the mall with her friends and feeling that, one way or another, she is going to be safe. I still carry around that feeling of a lack of safety with me. I always have my guard up. 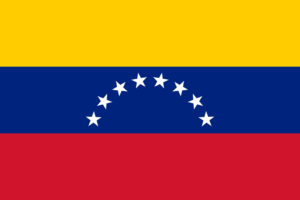 Tell us a bit about your family and your history.
My dad was Venezuelan; my mom is from Ecuador. Dad left Venezuela  to come to the States when the dictator Marco Perez Jimenez was in power. We went back as a family when there was democracy. I am here in the States again because of the same situation – getting out because of the dictator. At the time we left (my daughter and I), democracy was not good. It was a lie, it is a dictatorship, and the leaders left the impression that socialism was the best thing for the 21st century. This idea—this propaganda—was being sponsored and funded entirely by Cuba.

Tell us a bit about your connection to En el Tiempo de las Mariposas.
The character I play is Older Dede, and the casting for this was an incredible match. I never thought I would play Dede, but the connection is there. Both of us are strong women—hard workers, and we are both focused on the need to get our family out.

Why is this work important to you?
First of all, this play is my first experience as an actress. Second, because it’s part of what I have been living in Venezuela. These experiences—having to get home on time because you’re afraid to go outside, you can’t speak too much or too loudly. Trujillo and Chávez, they both have that awful way of being alive everywhere, because Trujillo forced everyone to have a picture of him in their homes and schools. So did Chávez, but not in homes—in all schools and public buildings. Now, it’s Maduro. Same story, different dictator.

As a teacher, one of the most important things I did was always giving my students the other side of the hidden story. Because with Chávez and Maduro, they change the textbooks. They eliminate the past and focus only on their role in Venezuela’s future. They have decided that whatever came before them, it’s not worth a student’s time to learn.

Right now there is a group of Venezuelans here in the States, working and sending food and medicines for all the children and elderly in need in Venezuela. We do donations, find different avenues to bring in goods. This is a good way to stay informed, to have a say in what’s going on. Because out here in the real world, you don’t hear anything about it. There’s a lot of malnourishment and lack of medical care amongst the general public, and you don’t hear about it. Not a word. 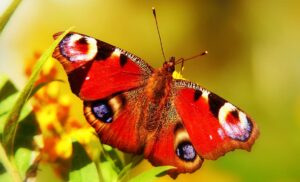 What do you feel will be your most valuable takeaway from your experience with this play?
As an actor, I really do feel a connection between me and the butterfly. Right now, I’m getting out of my cocoon. I’m going to be a butterfly when I learn all my lines. It’s like that. For the first year here, it’s been all about trying to settle down, find housing, living with my sister for four months. I took my girl, moved into a small apartment, bought a car. It’s all been like beginning again, all the way from zero. But I’ve done it in a year, gone from ground zero to where we are now.