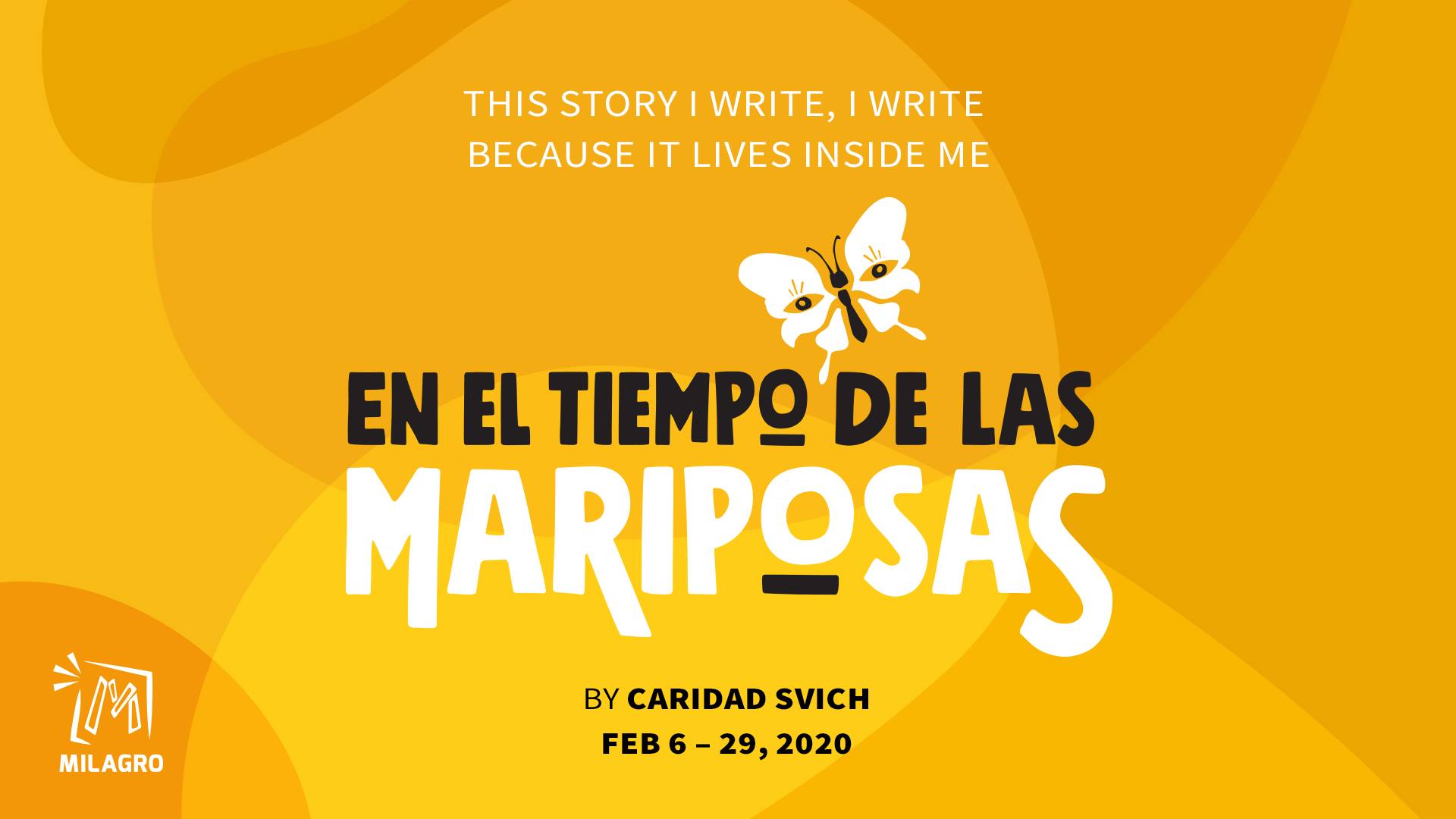 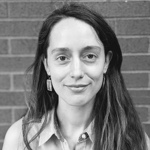 Paulina Violet Jaeger is honored to help bring to life the story of these women and this time in Dominican history. She is passionate about social justice and women’s rights and is honored to be working among such a caring, talented cast and crew. Paulina’s most cherished role to date was when she played Anne in The Diary of Anne Frank, special in part because of being based on another real, loving, and fiercely brave human being. Thank you for being here! 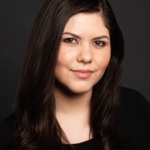 Yesenia Lopez holds a Bachelor of Arts in Theatre from California State University of Sacramento. This is Yesenia’s third performance at Milagro. You may have seen her in last years’ Day of the Dead show, “Amor Añejo” or in “¡Alebrijes! A Dia de Muertos Tale.” Another company that Yesenia has worked for is Bag&Baggage Productions, where she performed “The Island in the Winter Or Isla en el Invierno,” in which she received a BroadwayWorld Award for Best Featured Actress in a Play. Yesenia’s favorite past roles include: Zoot Suit (as Lupe); Water by the Spoonful (as Odessa/Haikumom); Women of Juarez (as Maritza); and Electricidad (as Electricidad). Yesenia is lucky to have such a supportive group of friends and family. 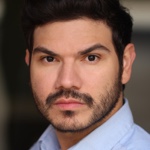 Carlos is over the moon for having the opportunity to work on a play in his native language. Originally from Venezuela, Carlos is proud to bring this story to life along such a talented director, cast and crew. He has performed at Oregon’s Children theater, Lakewood Theater, Shaking the tree and was seen on stage last in the Day of the Death production, Amor Añejo as Huehuecoyotl. Special thanks to the amazing Christy for all her beautiful creation as a director and for being such a loving human as well, gracias mi amor! 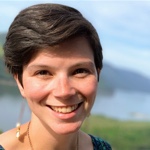 Evangel (Angelina) McVicker is excited to make her debut at Milagro, marking her first Spanish performance. She studied Spanish and Theater at The College of Idaho from ‘11-‘15. Over the past 15 years, Evangelina’s passion for theater has led her to serve in a variety of theatrical roles- from performing Shakespeare to stage managing musicals to teaching and performing in South India. As the oldest of four girls and a traveling history nerd, this story has a special place in her heart. Muchísimas gracias a Christy, Joseph, Megan, and her sisters and parents for all the incredible support. 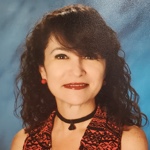 This is Ana’s first professional play. Dede and Ana surprisingly share a birthday! They both share a Latino-Hispanic background. Although this play takes place in the Dominican Republic, Ana comes from Venezuela where a dictator greatly impacted daily life. In real life, Ana is a Spanish teacher, proud mother, and hard worker always seeing the bright, positive side of life. I dedicate this play to my family and all women that want to fly like the butterflies. 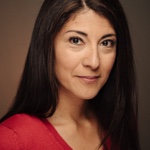 Yolanda Porter is a Hispanic and bilingual actress, graduate of Portland Actors Conservatory. She’s been a part of productions like The Taming and the Shrew, All My Sons, Marisol, and Opción Múltiple. Mom of a 9-year-old girl, adventure seeker, an avid reader, and an excellent baker. She’s grateful and proud to be part of this incredible story sharing the stage with such an amazing cast. 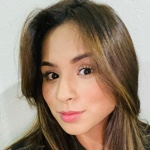 Siumara Samayoa, actor since the age of 19, beginning her career at Milagro forming part of 3 different plays. In search of growth,  Siumara then decided to move on to Stella Adler Academy of Acting in Los Angeles, CA, where she was granted the opportunity to work with different productions such as Adidas, several short films, and for the popular series Criminal Minds. In Los Angeles, she forms part of Teatro Dramma with her mentor Elia K Schneider who directed Citizens of The Grey/. Siumara’s last appearance was in 2019 which took place at the Theater for the New City in New York. Her performance is dedicated to her mother and family. 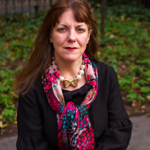 Caridad Svich received a 2018 Tanne Foundation Award, the 2012 OBIE Award for Lifetime Achievement in the theatre, a 2018 NNPN rolling world premiere for ​Red Bike​, 2012 Edgerton Foundation New Play Award and NNPN rolling world premiere for ​Guapa,​ and the 2011 American Theatre Critics Association Primus Prize for her play ​The House of the Spirits​, based Isabel Allende’s novel, and the 2018 Ellen Stewart Career Achievement in Professional and Academic Theatre Award from Association of Theatre in Higher Education. She has won the National Latino Playwriting Award (sponsored by Arizona Theatre Company) twice, including in the year 2013 for her play ​Spark​. She has been short-listed for the PEN-West Award in Drama four times, including in the year 2012 for her play ​Magnificent Waste​. Her works in English and Spanish have been seen at venues across the US and abroad, among them Arena Stage’s Kogod Cradle Series, Denver Center Theatre, 59E59, The Women’s Project, Woodshed Collective @ McCarren Park Pool, Repertorio Espanol, Ensemble Studio Theatre, Salvage Vanguard Theatre, Lighthouse Poole UK, Teatro Mori (Chile), Artheater-Cologne (Germany), Ilkhom Theater (Uzbekistan), Teatro Espressivo (Costa Rica), Welsh Fargo Stage (Wales), Homotopia Festival UK, SummerWorks festival in Toronto, and Edinburgh Fringe Festival/UK. 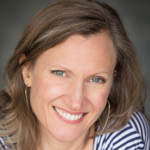 Christy has a BA in Spanish, Theater Arts, and Arts and Letters from Portland State University. She has a Master’s in Education also from PSU and is currently earning a Masters in Spanish Linguistics from New Mexico State University. She has been active in Portland theater for 20 years. She began the Teatro Español Program at Teatro Milagro with Leila Bretón in 2001 when she co-directed La Barca Sin Pescador as well as taught acting and movement workshops for the program. She went on to direct a deconstructed version of Lope de Vega’s Fuenteovejuna, Nilo Cruz’s Ana en el Trópico, and Fernando de Rojas’ La Celestina. She is delighted to be directing Caridad Svich’s En el Tiempo de las Mariposas. 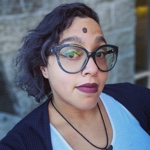 Sophya is an artist, improviser, poet, and sketch writer based in Portland, OR. Originally a scenic designer, it’s been wonderful to touch base back at Milagro after ten years. Currently, she is part of the improv ensemble for Fun House Lounge and performs around town at other showcases monthly.

Dug Martell, Lighting Designer
Dug is the lighting manager for the Headwaters theatre and the Chapel theatre. He is also the resident lighting designer for Trip the Dark dance company and the Chapel Theatre Collective. Thank you for coming and enjoy the show!

Marychris Mass, Costume Designer
Marychris has been designing for theatre and film since the pre-historic days of Storefront Theatre, and is still kicking and open to new ventures. Thanks to Christy for bringing them on board for this timely piece, and thanks to this amazing cast for breathing life into the words.

Lawrence Siulagi is in his fifth season with Milagro Theatre as a sound designer. Notable shows include Wolf At The Door, Judge Torres, Astucias por Heredar Un Sobrino a Un Tio, Bi–, El Payaso, Mijita Fridita, and El Muerto Vagabundo as well as composing original music for ¡Corre! ¡Corre!, Super Ana! and El Tesoro. He is also a performer, director, playwright, and projection designer originally from San Diego where he pursued a Bachelors’s degree in the Dramatic Arts (directing emphasis) at San Diego State University; and film editing and marketing at the University of Southern California. When he’s not performing or designing he works as a web developer at Lewis & Clark College.

Yasmin Wigfall, Stage Manager
Yasmin Wigfall has been in stage management for two years professionally. Before that, she worked as an electrician and rigger. Being a mainly Portland native, she started in the theater scene as a stagehand while she was in college and hasn’t stopped since! This is her first production with Milagro and her first all Spanish speaking production.

Cody Decker is a student lighting designer and stage manager who has participated in Map of Virtue (Theatre Vertigo), Midsummer Night’s Dream (Portland Community College) and A Christmas Carol (Stumptown Stages).  Cody is a fan of Grimm’s fairy tales and the legends of King Author and Robin Hood. This is their second show with Milagro Theatre, and is excited to be a part of it.