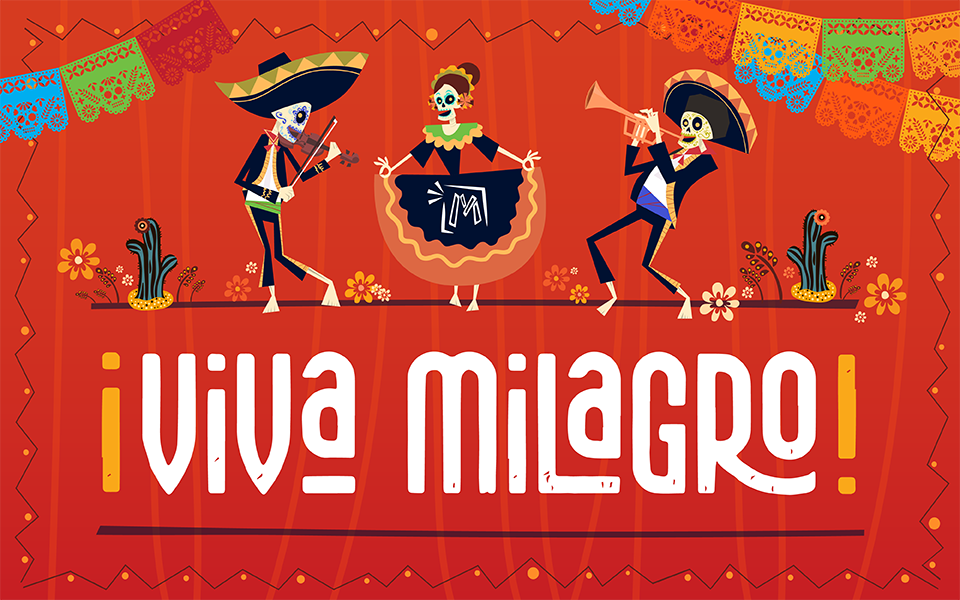 Join us on November 10, 2020, for our annual fundraiser ¡Viva Milagro! in conjunction with Día de Muertos. 2020 has proven to be an extraordinary year, filled with hardship, heartache, and uncertainty. In the spirit of resilience and hope, we continue to celebrate Latino culture, artists, and the community that is Milagro.

This special evening will feature poetry, a bendición, and a sneak-peek into Milagro’s annual Día De Muertos devised production, Las Adelitas, all live through Zoom! Before the event,

you will enjoy a virtual happy hour with guest artists and breakout games including a costume contest, live auction, and Milagro trivia.

Tamale Boy dinner boxes will be included with your ticket purchase of $100. Jaime Soltero, Tamale Boy founder, has created an exclusive, delicious menu filled with traditional Mexican dishes and unique flavors for the evening.

Be a part of the celebration, reserve your ticket and help Milagro continue the work of bringing extraordinary Latino culture, arts education, and theatre to Portland, Oregon, and communities across the country!

Enrique E. Andrade, originally from Mexico City, is a graduate of the University of Oregon with majors in Spanish Literature and Philosophy and a minor in Political Science. Enrique became a Master Level Court Certified interpreter in July 2001 and began as a Staff Interpreter II with the OJD in December 2001. When Enrique is not interpreting for the OJD he spends his time as a local actor on stage and screen and as Voice Over talent. Most notably Enrique is the Spanish voice of the MAX transit system.

Your $100 ticket includes a Tamale Boy Dinner Box delivered to your home, access to the pre-event Happy Hour and the virtual Viva Milagro! You will receive a Zoom Link a day before the event along with some fun cocktail recipes for the evening.

Your $50 ticket will give you access to the pre-event Happy Hour and the virtual Viva Milagro! You will receive a Zoom link a day before the event as well as cocktail recipes to make your own cocktail for the evening.

You can select to make a contribution and support Milagro even if you are not available to attend the event. We will miss you! Thank you for investing in our vibrant Latino arts community! 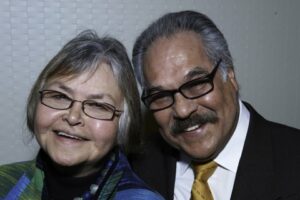 Luis Valdez is regarded as one of the most important and influential American playwrights living today. His internationally renowned, and Obie award winning theater company, El Teatro Campesino (The Farm Workers’ Theater) was founded by Luis in 1965 – in the heat of the United Farm Workers (UFW) struggle and the Great Delano Grape Strike in California’s Central Valley. His involvement with Cesar Chavez, the UFW and the early Chicano Movement left an indelible mark that remained embodied in all his work even after he left the UFW in 1967: his early actos Las Dos Caras del Patroncito and Quinta Temporada, (short plays written to encourage campesinos to leave the fields and join the UFW), his mitos (mythic plays) Bernabe and La Carpa de los Rasquachis that gave Chicanos their own contemporary mythology, his examinations of Chicano urban life in I Don’t Have To Show You No Stinkin’ Badges, his Chicano re- visioning of classic Mexican folktales Corridos, his exploration of his Indigenous Yaqui roots in Mummified Deer, and – of course – the play that re-exams the “Sleepy Lagoon Trial of 1942” and the “Zoot Suit Riots of 1943”, two of the darkest moments in LA urban history – Zoot Suit – considered a masterpiece of the American Theater as well as the first Chicano play on Broadway and the first Chicano major feature film.

Luis numerous feature film and television credits include, among others, the box office hit film La Bamba starring Lou Diamonds Phillips, Cisco Kid starring Jimmy Smits and Cheech Marin and Corridos: Tales of Passion and Revolution starring Linda Ronstadt. Luis has never strayed far from his own farm worker roots. His company, El Teatro Campesino, is located 60 miles south of San Jose in the rural community of San Juan Bautista, CA. This theater, tucked away in San Benito County, is the most important and longest running Chicano Theater in the United States.

Luis’ hard work and long creative career have won him countless awards including numerous LA Drama Critic Awards, Dramalogue Awards, Bay Area Critics Awards, the prestigious George Peabody Award for excellence in television, the Presidential Medal of the Arts, the Governor’s Award for the California Arts Council, and Mexico’s prestigious Aguila Azteca Award given to individuals whose work promotes cultural excellence and exchange between US and Mexico. In September, 2016, he was awarded the National Medal of the Arts by President Obama at the White House. In May, 2017, he was awarded the Tower Award by San Jose State University, the university’s highest award given to San Jose State exemplars.

Mr. Valdez has written numerous plays, authored numerous articles and books. His third anthology Mummified Deer and Other Plays was recently published by Arte Publico Press. As an educator, he has taught at the University of California, Berkeley, UC Santa Cruz, Fresno State University and was one of the founding professors of CSU Monterey Bay. He is the recipient of honorary doctorates from, among others, the University of Rhode Island, the University of South Florida, Cal Arts, the University of Santa Clara, and his alma mater, San Jose State University. Mr. Valdez was inducted into the College of Fellows of the American Theatre at the Kennedy Center for the Performing Arts in Washington D.C. In 2007 he was awarded a Rockefeller fellowship as one of fifty USArtists so honored across the United States. The world premiere of his latest play Valley of the Heart opened to rave revues and sold-out audiences at San Jose Stage Company in 2016. Mr. Valdez new play Adios Mama Carlota premiered at San Jose Stage Company in 2019. 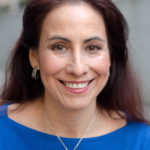 Olga Sanchez, PhD, Assistant Professor of Theatre at Middlebury College, is Artistic Director Emerita of Milagro, where she served as Artistic Director from 2003-2015. She has directed over 25 works for Milagro including: El Quijote by Santiago García; García Lorca’s Bodas De Sangre; and Nilo Cruz’s Lorca In A Green Dress (Drammy Award, Excellence in Direction). Her devised work includes five Día de muertos shows, including ¡O Romeo! (Drammy Award, Outstanding Achievement in Devised Work). Internationally, her directorial work has been seen in Honduras, Peru, Venezuela, and Cuba. She is a founding member of Los Porteños writers’ group; and edited the book, Teatro de los Muertos, a collection of photographs by Russell J. Young. In 2018 she directed the US premier of Como Agua Para Chocolate (Like Water for Chocolate) at Gala Hispanic Theatre (D.C.), and Tricks to Inherit, her translation/adaptation of Astucias por Heredar un Sobrino a un Tío by Fermín de Reygadas (1789) at University of Oregon. She currently serves on the Advisory Committee for the Latinx Theatre Commons, a collaborative initiative with HowlRound Theatre Commons, Emerson College. She holds a B.A. in Theatre from Hunter College, C.U.N.Y., and M.A. in Human Development, specialization in Bicultural Development, from Pacific Oaks College Northwest. She is a contributing scholar to the anthology of Latinx plays, Encuentro, published by Northwestern University Press 2019, and her article “(Afro)Latinx Theatre: Embodiment and Articulation” is published in Label Me Latina/o.

Thank you to our event sponsors!

As the premiere Latino arts and culture center of the Pacific Northwest since 1985, Milagro provides extraordinary Latino theatre, culture, and arts education for the enrichment of all communities. Milagro MainStage produces a full season of regional or world premieres, including one Spanish language play each year, as well as our long-running Día de Muertos signature production. Teatro Milagro, Milagro’s touring and arts education program, presents its original bilingual plays and educational residencies to diverse and underserved communities across the nation. Milagro provides a home for Latino arts and culture at El Centro Milagro, where it enriches the local community with a variety of community engagement projects and educational programs designed to share the diversity of Latino culture. We entertain our audiences; we give them pause to think, feel and imagine; and, through the cultural lens of Latinidad, we reflect the full spectrum of humanity.